videosift is an internet community that is rare in today's day and age.unlike sites like reddit where people become comfortable in anonymity,or the deluge of clickbait sites which seek solely to distract,titillate or shock.videosift over the years has become a haven for people who genuinely seek to share their interests,voice their opinion or just hang out.

some extraordinary people have frequented this site and shared their profound insights,revealed new perspectives and new ways of thinking,engaged in some glorious arguments and even a few all out brawls,but always with a humanity that most other sites lack.many of us have fostered real and genuine friendships.

on october 3rd videosift lost one if it's pioneer members who helped foster this amazing and very human atmosphere and i am here to sadly report that our own rascal cat schmawy Everett is no longer with us.

schmawy shall be greatly missed,for his brilliant wit,his disarming charm and an ability to bring a sly sense of humor to the most volatile of situations.

for those who may never had gotten the opportunity to interact with schmawy,you missed out on one the most human people i had ever the privilege to engage,for those who did know schmawy...well..then you know his soft ease and comfortable charm which would make him instantly likeable.

so if you would like to leave a memory here of your encounter with the human formerly known as schmawy.please..by all means..leave a comment.or if you are a facebook friend with him,go to his page:https://www.facebook.com/schmawy

so while the world is less bright today,
here is to you schmawy evereet.../tips glass
shine on you crazy diamond. 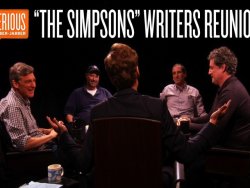 "On "Serious Jibber-Jabber," Conan O'Brien has lengthy, uninterrupted conversations with interesting people on topics which fascinate him. In this special round table episode, "The Simpsons" scribes Al... continue reading

"All religions are not equal" - Bill Maher. 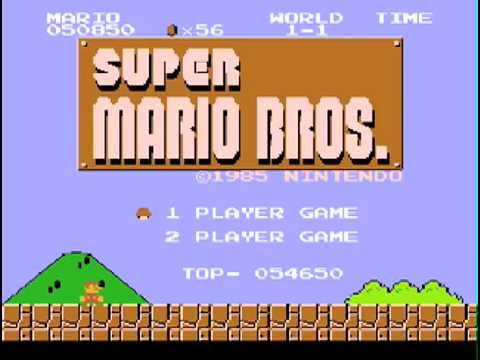 This operatic styled song released on YouTube by "legolambs" has hilarious lyrics that go along with the game play so well that you’ll be entertained even though you’re watching someone play Super... continue reading 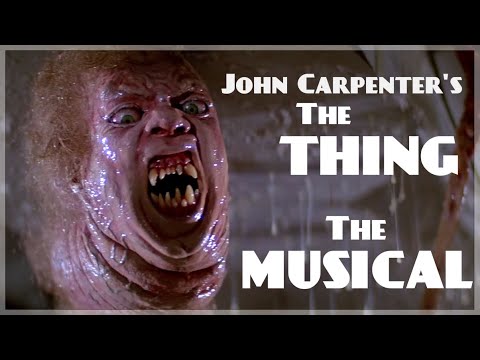 Our very own Gwiz665 was a part of the development team for Subway Surfers!

We've been working through the details on the upcoming VideoSift 5 upgrade - and examining all of the little bits of community functionality - has made me realise what a unique place this is. This may seem a bit like I'm blowing wind up your proverbial - but indulge me: 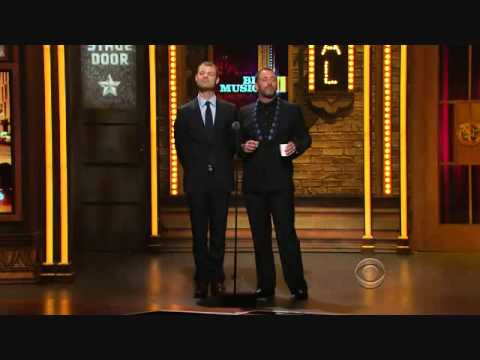 They make me laugh. - 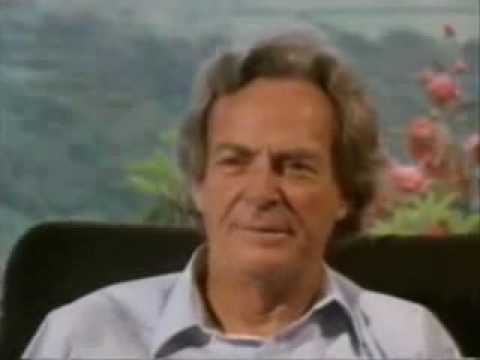 you need to get guild wars 2. it's incredible.

here are some screenshots i took during the beta weekend event that finished a few hours ago: http://minus.com/mC2KDNN4T/

Creationism: This is of course a very popular held notion in the United States of not only how the Universe arrived here, and how human beings did as well; this is in a time span of 10,000 years. This is a purely religious question, not even one of faith (although it can be if you don't ascribe to the "anti-science" proof or find some aspects of the belief hard to handle). It's one of: are you with us or against us. Atleast some turn it into this: science vs. religion. Some go to great lengths to try to create anti-evolution texts and "science", but none so far has been peer reviewed or documented as being fact or close to truth. (Hopefully, I haven't rilled those of you that DO think like this as we really don't need a Anti-religious/Evolution/Anti-atheists/Zealot flame-war... But if it happens I know tempers get heated with this subject.)

Theistic Evolution: This tends to be the religious believers and outsiders that have decided that, YES, science knows what's it's doing. They accept the major findings of science and adjust their religious world-view to compensate--typically. The belief that evolution has occurred exactly as the description in "Evolutionary scientific texts" has is NOT exactly as they hold it. They instead supplement "fate based" evolution into the system. As I said they believe that fate you could say, has been tampered with as life and its beginnings were not merely just "random chances", they only appeared this way from our point of view (atleast to scientists). Instead a God has manipulated life from its DNA and Genetic levels from the beginning of time some four Billion years ago to make sure that humans became possible and also made sure that they were the dominant forms of life on Earth. Not only that, but he made sure we would end up exactly as we are--in other words like an engineer that has finely tuned his masterpiece of a 100 story high-rise, God engineered DNA and you would have to say time and events as well, to make sure humans became the Apex Predator that we now are. From there you must decide what way you wish to go: typically the God of Abraham is the one that has done this as told by his believers. This is also known as Intelligent Design as God interfered and no real 'natural selection' nor 'survival of the fittest' took place as fate was already secured for humanity.


Evolution: Fairly straight forward. At some point life began, not only were there dominant variations of genes (like brown hair versus blond hair) and more successful ones (like ones that allowed you not to get sick as much)--natural selection playing its necessary role, but there were things such as the well known "survival of the fittest": the strong survive and the weak fail... With all of these working together plus the fact that there were even MORE complex evolutionary tidbits at play that are not covered here. Such as our immune system which is partially based on the grand-daddy of the Anthrax virus--this means that we played host and symbiont or perhaps a symbiosis of sorts; this means that much of what is in our body may be a literal WORLD of OTHER creatures and once symbionts--previous notions of HOW our body arrived at its final destination may be a FAR, FAR, longer tale than we ever imagined... One example of this in the present is yogurt! Bacteria is usually thought to be harmful to us, but with yogurt we have formed a mutually beneficial setup: it is allowed to live in us, using our body as GRAND cities and meanwhile it helps US digest our food! This type of relationship may have lead to developments of new organs to house the "good" or beneficial team players, perhaps even MAKE THEM, and in turn they provided us with the great things they already do. much like the grand-daddy of Anthrax, who you would just assume is a bloodthirsty human killer...

THIS is the very foundation of evolution. It isn't always the killing "survival of the fittest", but it certainly is about the "best" surviving and best is a hard thing to define sometimes, especially so now! When life gets complex and savagery is no longer the main driving force behind every encounter, then we have to look even deeper in the grand scheme of things in evolution; symbiosis, the harmony between to alternate species can bring about new leaps in evolution that were once not seen. Who knows what else we are missing in this wondrous world. But for sure the species that can best adapt to its surroundings, to claim an ownership of sorts over the land and even the seas..they are the Apex predator and our intelligence is what drives the greatest advancement in evolution the world has ever seen.


Extraterrestrial Evolution -- Accident or Purposefully: This is ALMOST like theistic evolution or intelligent design--with HUGE caveats, but the designer while intelligent is one that has undergone your average evolutionary experience, we would assume (typically, but the answer could be any of the four--or an endless pick of choice four...it's popular in some Sci-Fi novella--IT ALSO could be something we literally do not have covered here), BUT they are NOT divine nor are they of Terrestrial origins. That's right! E.T. made us! That old but popular choice, I also think that this also fits in with those that want to pick "RANDOM ACCIDENT" for their choice. Like mars once having life, but somehow a rock from Mars happened to have a meteor strike that flung a piece of very hardy bacteria hiding away on a rock (BTW, we know now that bacteria can be VERY HARDY--so this little trip is feasible if improbable) landing at the right spot on Earth to give way to: Life (this of course being improbable, but just maybe NOT impossible). THIS type of event does not require an intelligent alien to deliver the DNA that started the process for life. So this really is a unique origin. It's possible life could hitch a life on another celestial object, but it must be traveling relatively slow when it hits us--that almost NEVER happens. It should be mentioned that the life brought here by aliens could just be a random selection of DNA they decided to plant/seed the planet with OR it could be engineered to do very specific functions. Each having far different implications.

The reasons for aliens putting us here could list as high as we wish to dream. BUT, the usual suspect may be that they don't wish to be alone. Humans procreation is considered to be one of the most prized reasons for living. Perhaps this is merely an extension of that same philosophy. BUT, TRULY alien life, IS ALIEN, if you truly understand how GREAT a difference in who we may be to each other you'll know that trying to understand them using our logic, philosophy, rules, and psychology may be as foreign as me telling you why an Amoeba decided to create us...

Truly alien. BUT, do you think it was them, is it too far-fetched and do they even exist at all? Would something that might be so possibly different than us be able to conceive of us in a DNA strand down a thousand species lines.... Or did they care for that, did they literally WANT us to be different, something new, so that one day they could return and fulfill their own mystery...

Those are the choices, I added in the last one for fun to see if ANYONE believes it; I think it is actually better than the top two choices on a scale of absurdity, but that is my own bias talking. In a recent survey in the U.S. this same poll resulted in:

Hopefully this poll works well on the Sift. 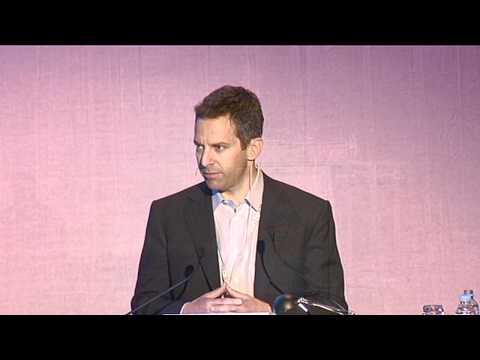 The Rains of Castamere sung by The National for the Game of Thrones Season 2 Soundtrack. The song was written about Lord Tywin Lannister's crushing victory over rebellious House Reyne of Castamere and... continue reading 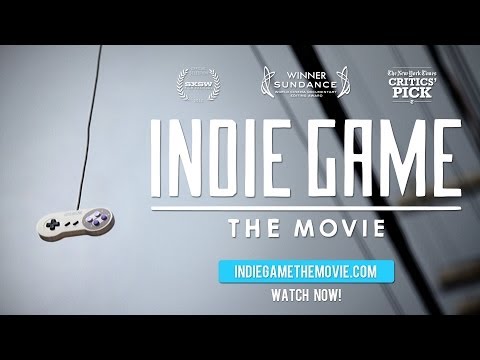 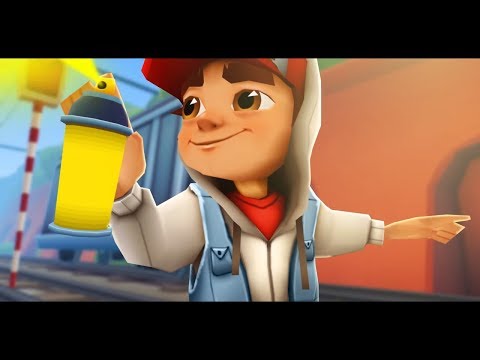 Game that our own @gwiz665 worked on.