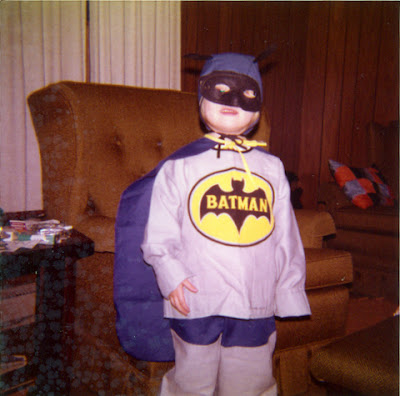 This chain letter-esk flotsom has been circling around on facebook and thought that it would share nicely here on the blog, I encourage other sifters to jump in and add their own 25 in the comments.

1. I loved performing magic tricks as a child and actually performed at birthday parties

3. I once appeared as a voice actor on the radio in the 70s

4. I have held Cecil B. Demiles Best Picture Oscar statue for "The Greatest Show On Earth" in my hands

5. I was born in Naples, Italy and held Italian citizenship till the age of 16

6. I studied as an actor in college for 2 years at The North Carolina School Of The Arts

7. I graduated from The North Carolina School Of The Arts with a BFA in Design And Production

8. I was voted "Best All Around Boy" as a senior in High School

9. I stole comic books as a child, because I was pressured to do so by my "so called" friends

11. I was named after my mother’s brother, James

15. I am the first person in my family to attain a college level degree

16. I learned to tie my shoes from a Ronald McDonald clown in Miami, Florida

17. I think clowns are creepy

19. I am a member of The International Thespian Society since 1980

21. I wish I had followed through on my guitar lessons

23. I have visited Camp David on several occasions

24. I was a RA (Resident Assistant) in college

25. I once sold used cars for a living

A Back Up For My Noggin